The Unilever headquarter building was built directly next to the river Elbe in Hamburg's HafenCity in 2009. It is one of the first office buildings in the world to be predominantly equipped with LED technology. The central element of the design by Behnisch Architekten is the daylight-flooded atrium, which houses office space and meeting points.

The large closed ceiling surfaces, which reflect the daylight entering through the glass roofs, serve as a space-creating element. In darkness, these reflective surfaces are planar illuminated with spotlights.

A freely arranged mobile made of LED light rings with diameters of 7.5 to 9 meters gives the room a special lightness.

In order to emphasize the bridges as spatially descriptive links between the levels, linear lighting close to the ground was integrated into the bridge stringers. For accentuated illumination, movable spotlights are used on the parapets in the atrium and on the bridges.

Fine lines of light at selected corners and bends emphasise the special cubature of the membrane façade. The shape of the building envelope is thus also readable at night.

Fiber optic technology was used here, as corresponding LED lighting tools were not yet available on the market. 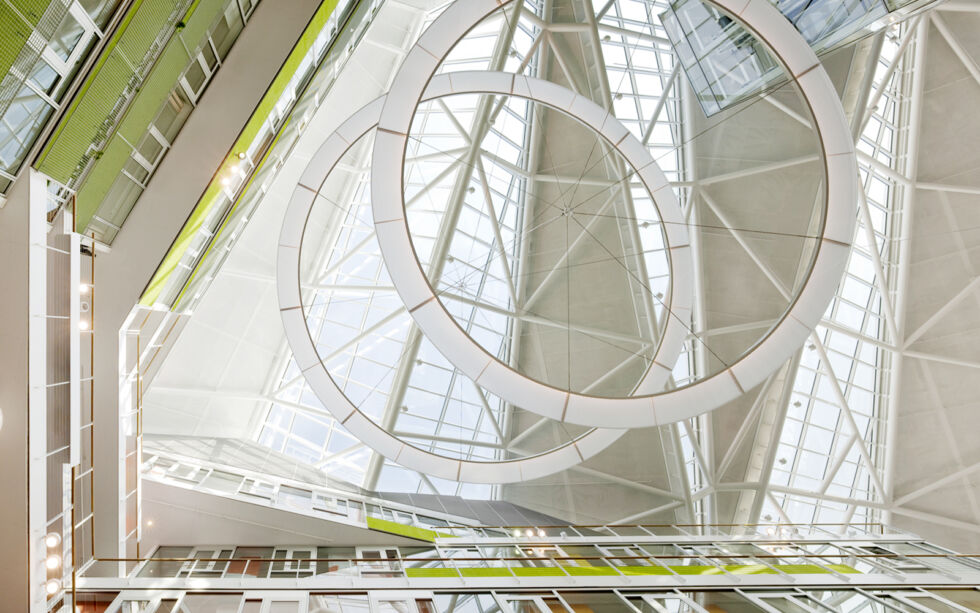 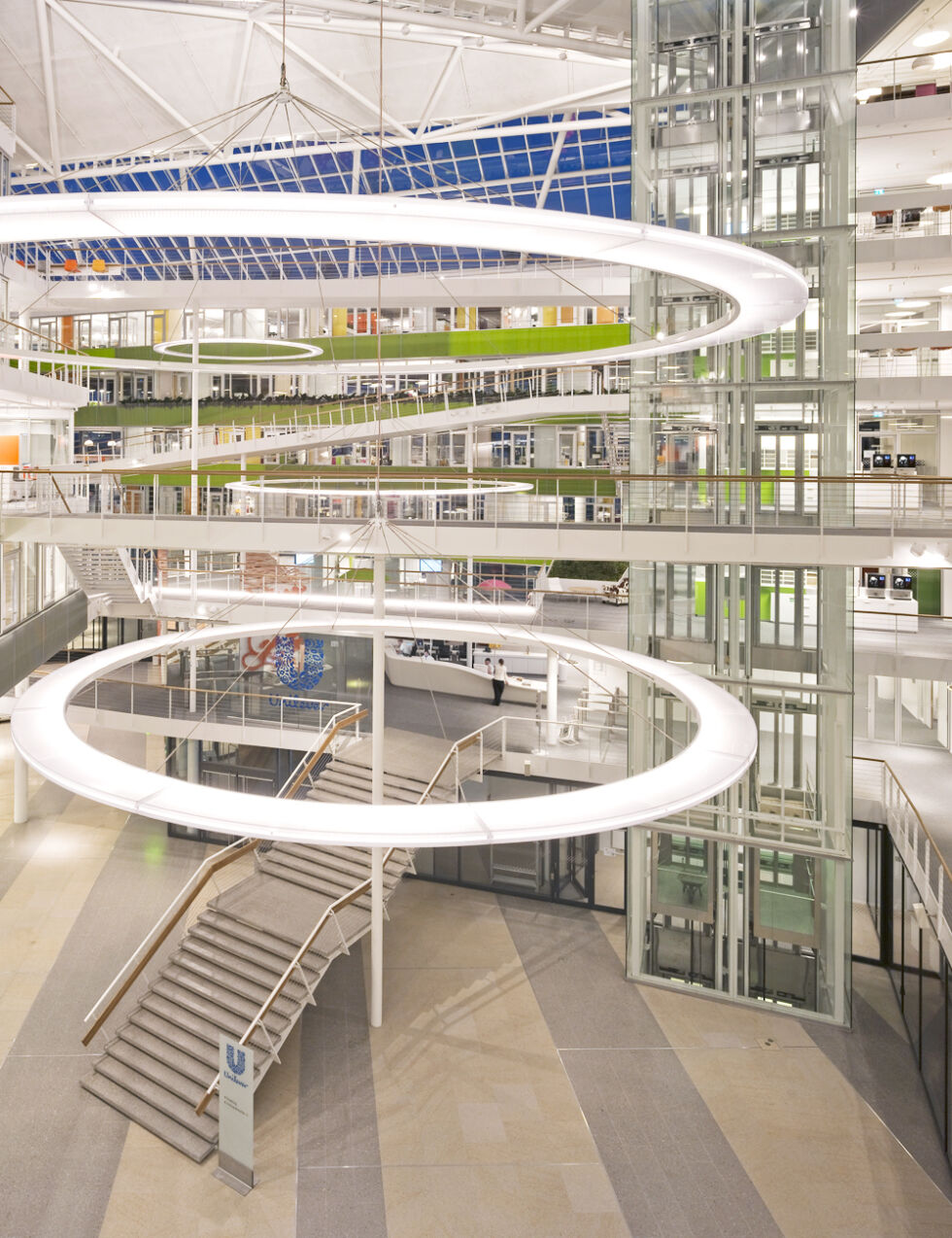 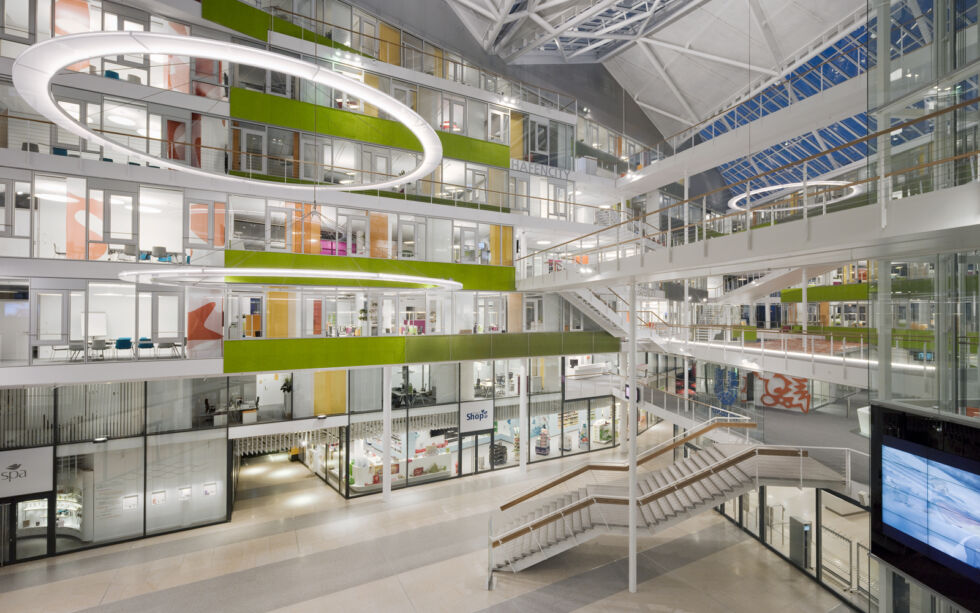 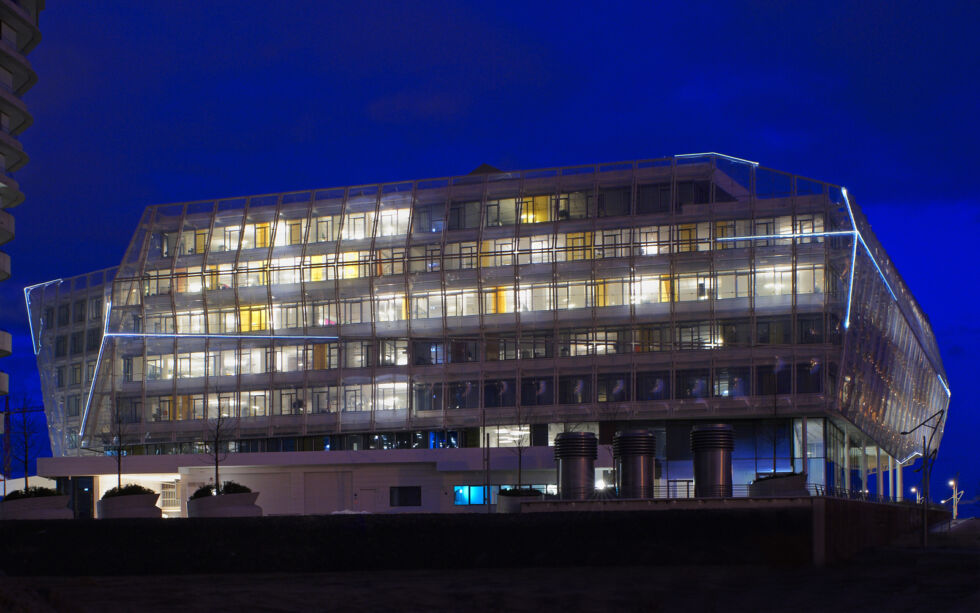